Read The Entire Bible along with the Torah Portions

Give attention to the public reading of Scripture (1 Timothy 4:13) 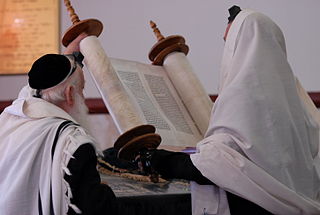 Following the Babylonian captivity, public reading of the Torah in Israel mostly followed an annual cycle beginning and ending after Sukkot (the Feast of Tabernacles). Sometime later, possibly as the result of persecution forbidding the reading of Torah, the Haftarah reading from the Prophets was added.  Today, many Messianic believers also add a reading from the B’rit Chadashah (the New Testament).

A uniform schedule emerged, possibly by the rabbi Mainonides. There are 54 weekly  portions read throughout the year.  Sometimes two portions are combined, depending on holidays and whether the year, which is luni-solar, has 12 or 13 months.

Sometimes the verse numbering in the Hebrew Bible is different than modern Christian translations. In those instances, I have shown the modern verse numbering in parentheses ().  Also, sometimes the Haftarah of Sephardic and Ashkenazic traditions differ, and in those instances they are designated as (S) and (A).  There is no uniformity among Messianic communities for a New Testament portion; thus, these have are “suggested readings” and may not be consistent with other readings you may find.

To view the Torah Portions on a Gregorian calendar, go here.

To view the Torah Portion cycle as it goes through the Biblical months, go here.

Messianic Torah Portion
is a ministry of
The Messianic Light